An early Matt Dennis goal gave the Shrimpers all three points away at Weymouth this afternoon in a match lacking in chances for either side on a very wet and windy playing surface.

Both sides are struggling at the wrong end of the national league this season and a win for either team would give them an advantage in the fight to escape relegation heading into the second half of the campaign.

On-loan striker Matt Dennis scored his third goal in as many games this afternoon to give the Shrimpers what would turn out to be a decisive goal after the youngster got himself on the end of a long clearance out of the Southend defence before sprinting past Weymouths Ollie Hartfield from the halfway line and burying the ball into the Terras goal.

Both sides had very few chances with Southend seeing the better of the limited chances throughout and it was The Shrimpers who failed to make the chances they did have pay on more than one occasion.

Thankfully the away side held on and now move 5 points clear of the National League relegation places.

Next up it’s Yeovil at Roots Hall on Tuesday night.

Born and bred in Southend-on-sea and have supported the Shrimpers since 97. Season ticket holder in the East stand.

Born and bred in Southend-on-sea and have supported the Shrimpers since 97. Season ticket holder in the East stand. 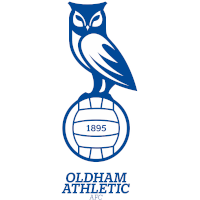 WISH TO HELP WITH OUR RUNNING COST?

ShrimpersTalk.co.uk running costs are not exactly high at £10.00 a month but I’ve had some enquire about how they can support the website further so below you will find information on how to donate towards the site.


You can donate via PayPal (secure payment method) which does not require you to have an account to donate but rather allows you to use debit or credit card with zero details being revealed.

If using PayPal to help with the website running cost is not for you then Ko-Fi is a good viable safe alternative.